We got back from an afternoon spotting not just elephants but fabulous kingfishers, crocodiles, and an enormous guar, built like a tank. 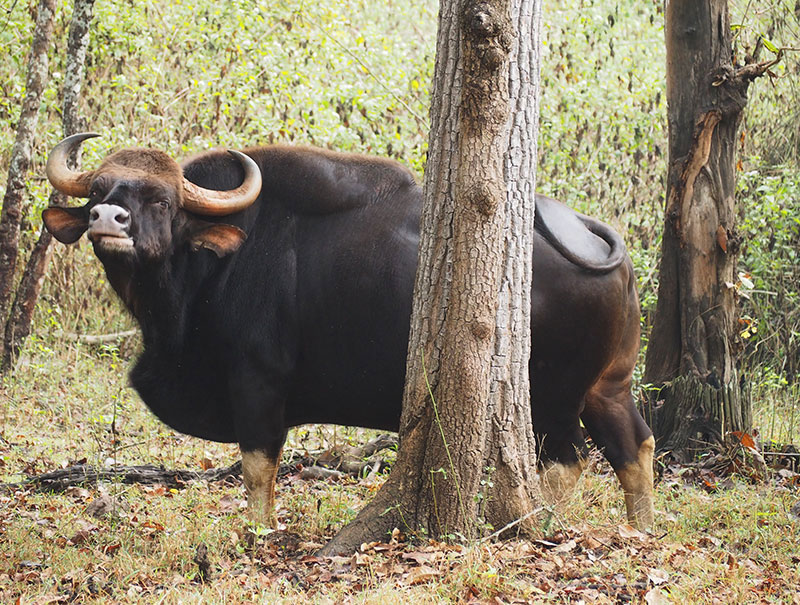 And that was when I made my next discovery – aloo (meaning ‘potatoes’) palak (meaning ‘spinach’). I like both, but I had never though to mix the two. And they pair surprisingly well, helped along by a variety of local Indian spices.

This is what to do.

1. Take the spinach out of the freezer, and put somewhere warm to defrost.
2. Boil the potatoes in boiling water until cooked – about 15 minutes.
3. Meanwhile, peel and slice the onions, and begin to fry gently in a medium saucepan, in a little olive oil.
4. After about ten minutes add the garlic and the ginger, and then add the spinach, breaking up if necessary. Blitz with a stick blender to transform the lot into a purée.
5. Add the butter, the turmeric and the cumin seeds. Cook gently for another five minutes or so.
6. Add the potatoes, the coriander and the garam masala. If it looks a bit dry add a tablespoon or so of water – not too much, because the cream will also moisten this dish later.
7. Simmer for a few minutes more to enable the potatoes to absorb some of the flavour.
8. Pour over the cream, stir in, and serve.

This is one of the recipes mentioned in Alistair Shearer’s post on cuisine in Kerala. He explains that it’s a favourite of the Christian…
Clare - Cuisines , Fish , India , Main Ingredients , Mains , Meals and courses , Recipes
Read More

Learning How to Make Chicken Curry in Mysore

On our recent trip around India my daughter and I decided that we wanted to get as much of the flavour of the country as…
Clare - Cuisines , Expertise , Foodie knowledge , India , Main Ingredients , Mains , Meals and courses , Poultry , Recipes , Type , Watching the dosh , Where to Eat, Drink & Stay
Read More