Finally – in the same way that the English have thrown down the gauntlet to the French in terms of champagne, you can now sample chorizo, salami, ham and coppa made from pigs foraging for acorns and blackberry roots in the Wyre Forest in Worcestershire. Go to Forest Pig for a sample. As you will see from the illustration below, the idea of feeding pigs on acorns is not limited to Spain or recent history. It shows acorns being harvested to feed swine and comes from Queen Mary’s psalter, a collection of beautifully executed drawings, mostly executed by one artist, working in England in the early fourteenth century. 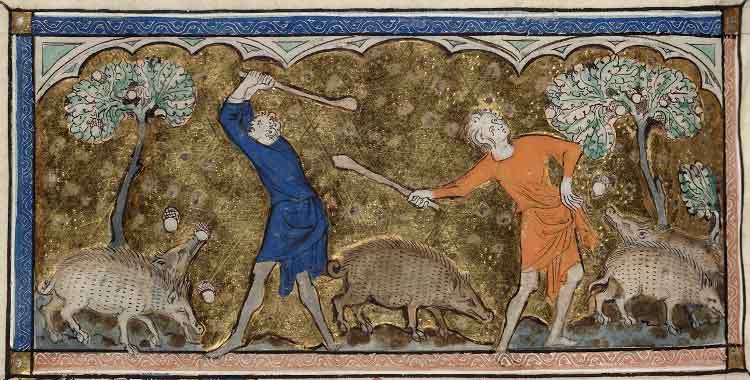 When Is A Tapa Not A Tapa? Some Classic Tapas And Others You Will Never Have Heard Of

Matjes, Maatjes, Pickled Herring or Soused Herring… a Rose By Any Other Name?